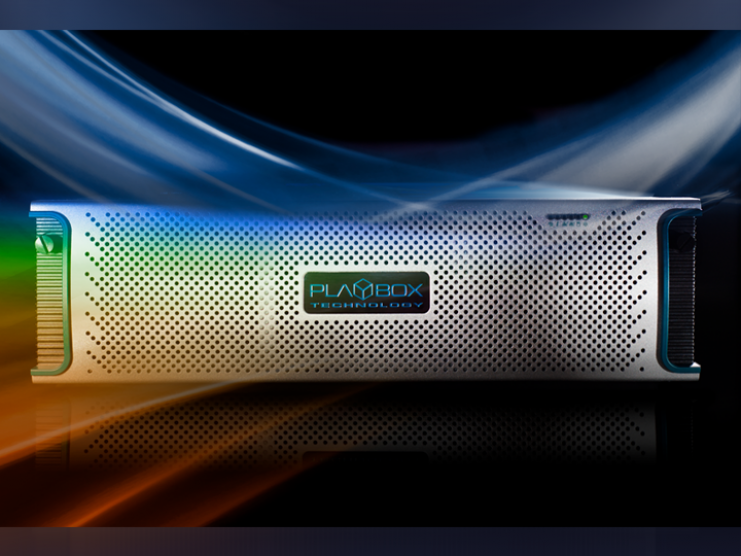 "We needed a dedicated playout system for each of three studiosusedtohandlefast paced content for live television shows," says América TeVé Director of Engineering Gerd Rieger.  "We produce more live shows than any other Spanish language TV broadcaster in the USA: about 10 hours of content every weekday. Production AirBox Neo was the logical choice as it can handle four channels in a single server and is far more efficient than the legacy third-party single-channel servers we were using previously. 'Feature-rich' may be an over-used expression but it is certainly true of Production AirBox Neo given its built in multi-viewer, playlist editor, MOS integration options, VDCP and interfacing to third-party devices. All three servers are located in our production control rooms and operated remotely via automation links. Our studio team like the intuitive Production AirBox Neo user interface and our engineers appreciate the reliability."

"América TeVé is a very welcome addition to the list of major television broadcasters leveraging the creative potential of Production AirBox Neo," adds Van Duke, PlayBox Technology USA Director of Operations. "It is a powerful system with the near-zerolatencydemandedfor the fast-paced work environment of broadcast news, sports and live production. Production AirBox Neo allows a wide range of file formats and resolutions to be imported into the playlist. With up to 16 digital audio channels, it can accommodate multi-channel programs in multiple languages. The feature set also includes forward or reverse shuttle at up to 32x speed, mixing of different video resolutions and formats in a single playlist, logical content trimming, multi-channel audio output, plus support for a wide variety of compression standards and media containers."