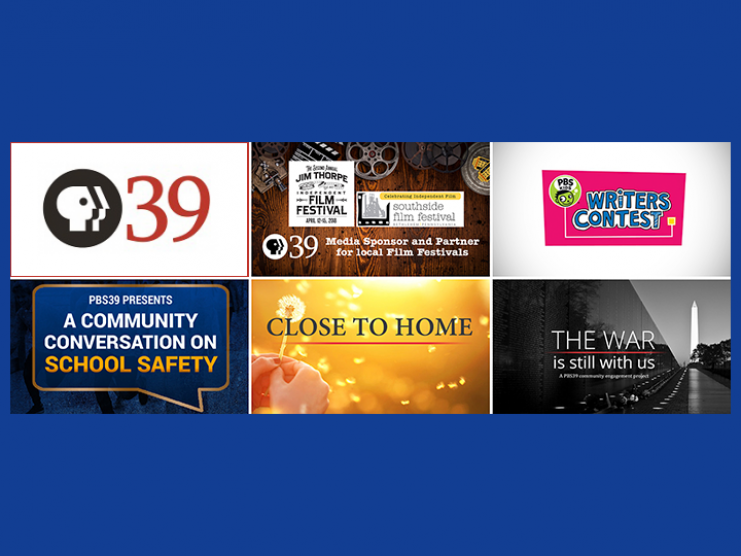 Bethlehem, PA, USA, March 28, 2018 – WLVT-PBS39 has chosen ProductionAirBox Neo from PlayBox Technology as the basis of a major upgrade to the media manipulation and delivery system at its broadcast production and playout headquarters in Bethlehem, Pennsylvania. Owned by the Lehigh Valley Public Telecommunications Corporation, the station is equipped with two large studios and transmits in 1080i high definition via terrestrial digital and online. The project was managed by broadcast systems integrator AC Video Solutions which is based in New Jersey.

"The design objective was to replace legacy third-party servers with a more powerful system for live news and production, driven from a GV Kayak switcher," comments Jim Lien, AC Video Solutions' Director of Sales and Business Development. "We made a careful study of the various solutions available in the market and identified ProductionAirBox Neo as the ideal choice. It provides a very wide range of creative tools and can accommodate up to four channels in a single server. The station staff is very pleased with the ProductionAirBox Neo graphic user interface, which displays exactly the tools and information needed to perform each task in the production process. WLVT-TV39's engineering staff is also very happy because ProductionAirBox Neo is both robust and very easy to maintain."

"We are gratified to have partnered with AC Video Solutions on this new installation," adds PlayBox Technology's USA Director of Operations, Van Duke. "Production AirBox Neo has proved itself an outstandingly efficient platform for live broadcast production."

ProductionAirBox Neo provides content playout for news, live shows, studio screens and video walls, live production broadcasts and other places where video/audio content have to be displayed. For live productions, any required changes to the playlist can be made while on-air session. Every clip in the playlist can be trimmed or repositioned. Playout position can be changed on-the-fly with commands like next, jump or shuttle. Such changes are performed seamlessly without stopping the current playout session. One server can be configured with up to four independent players. Each player has independent playlist and playout control. All four SDI interfaces can be assigned as program or preview outputs. Single channel or multichannel user interfaces are available to streamline the operation.

WLVT-TV (www.wlvt.org), virtual and UHF digital channel 39, is a Public Broadcasting Service member television station licensed to Allentown, Pennsylvania, United States. The station is owned by the Lehigh Valley Public Telecommunications Corporation. WLVT maintains studios located on the south side of Bethlehem, and its transmitter is located south of nearby Allentown atop South Mountain.

The station first signed on the air on September 7, 1965 as a member station of National Educational Television (NET), and eventually joined PBS at its inception in 1970. Although located in the Lehigh Valley, WLVT programming is designed to serve the population throughout the Philadelphia television market and is carried by many television service providers in the operating region. The primary service area includes much of eastern Pennsylvania and parts of western and southern New Jersey. Cable television carriers include Comcast, Service Electric, RCN, Blue Ridge Cable and others. WLVT-TV is also available throughout the region via DirecTV and Dish Network.

In 2011, WLVT-TV relocated from its more remote location along Mountain Drive North to a new studio facility on the south side of Bethlehem, adjacent to the ArtsQuest Center at SteelStacks, previously home to the Bethlehem Steel Corporation. The station creates a variety of local programming focused on the region. WLVT also broadcasts programs distributed by PBS, American Public Television, and other distributors.

AC Video Solutions (http://acvideosolutions.com) is a full service audio and video systems integrator. The company offers full system design services as well as studio construction, lighting grid and cyclorama installation, including wiring, testing and training of all systems. AC Video Solutions also provides video production equipment and creative services including multi-camera coverage of live events on location and in the studio, as well as web streaming.