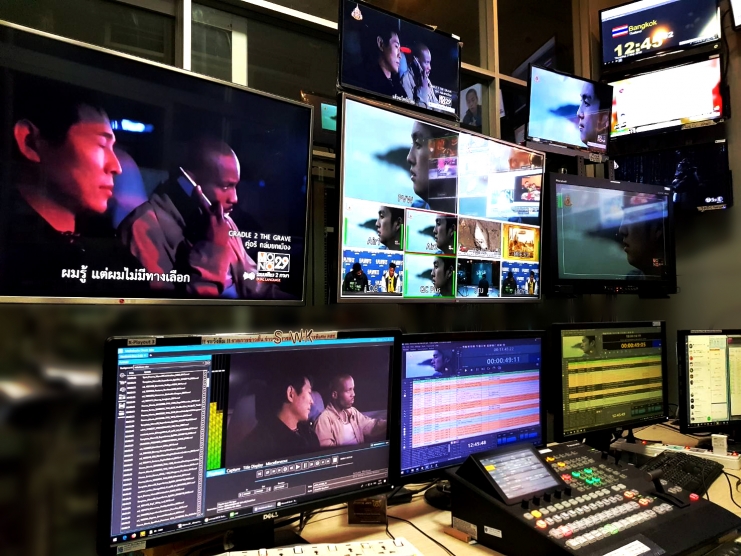 Thailand’s Mono Plus has joined the growing number of television broadcasters upgrading to a latest-generation Channel-in-a-Box playout system from PlayBox Neo. A PlayBox Neo customer since 2016, Mono Plus provides a wide range of content in its Movie Plus, Music Plus and Series Plus strands which are transmitted seven days per week via cable, terrestrial, satellite and IPTV networks.

"Our existing PlayBox Neo system has served us very faithfully," says Khajohnsak Thanomjit, Assistant Manager of the Broadcasting & Studio Department at Mono Plus. "Our engineering partner, Central Solution, offered to demonstrate the latest version and we were greatly impressed by the extra features it offered, including the ability to expand from HD into 4K UHD transmission as and when that fits into our business plan. Reliable core equipment is essential to our operation, plus the ability to integrate securely with third-party devices."

"The upgraded system includes two HD Channel-in-a-Box systems, each with SafeBox Neo configured as main and backup," adds PlayBox Neo Branch Director, Thailand, Nut Deesamer. "These have integral encoders allowing direct export in XDCAM-MXF file format. We also provided refresher training to demonstrate the extra versatility of the latest-generation software which has won approval from many of our customers."

SafeBox Neo replicates remote content to local playout server folders for safe transmission. The latest version implements a new graphic interface plus new significantly faster processing for moving primary or copied content to the playout and central storage servers. In addition, a new workflow routine protects content being overwritten. Expired daily schedule content is automatically deleted or moved to a predefined folder for manual deletion or archiving. Deletion can be performed automatically or by manual approval of deletion lists. Files can also be assigned specific protection to prevent removal from network sources. SafeBox Neo can be operated in playlist-dependent or stand-alone mode.

The sister TV channel of Mono Group, Mono Plus (https://monoplus.mthai.com) transmits a wide range of alternative content composed of both Thai and foreign movies and series, variety shows and live sports such as basketball, sepak takraw (kick volleyball) and online game competitions.