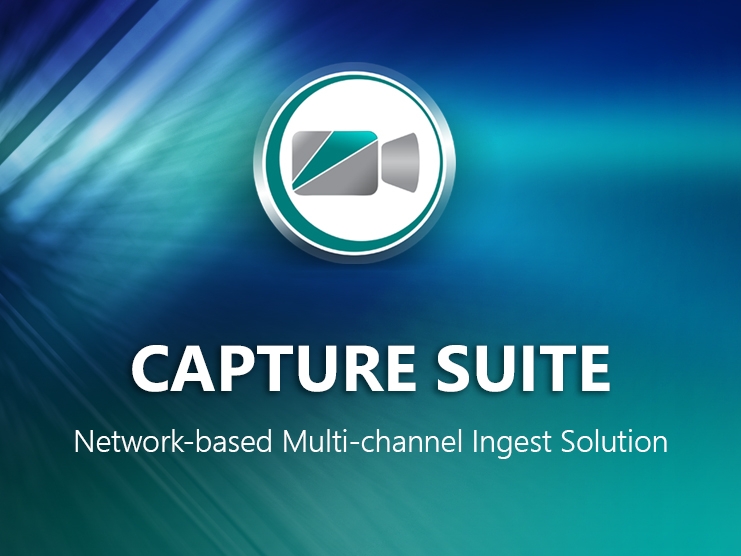 Television production in the early decades of broadcasting centred largely on a combination of direct-to-camera live studio shooting punctuated by photographs and cardboard graphics. Media ingest boiled down to one thing: cine film. Feature movies were played out direct from 35 mm telecine. Outdoor productions were created, edited and played out from 16 mm. Video tape made broadcasting easier and more economical but the real advance came with the transition to digital video and audio storage on magnetic hard disks. Digital post-production and content management had arrived. Automated playout, when that too arrived, was initially from robotic video cassette decks but here again magnetic hard disks were the logical medium at least for near-to-airtime storage: more economical, more compact, easier to install and maintain, easier to operate, more versatile.

Celebrating our 21st anniversary in 2020, PlayBox Neo is focused firmly on the development of server-based broadcast scheduling, channel branding and playout. These solutions are centred on AirBox Neo file-based servers and our cloud-based offering – Cloud2TV. Both are designed to run on practically any modern commercial off-the-shelf server. The design concept from Day One was to make the entire process of broadcast channel management easy to learn and intuitive to operate.

Efficient ingest is crucial to every television network, especially in today's highly competitive and time-conscious world. Content arrives via a mixture of routes. Until quite recently, many broadcasters nurtured a small armoury of videotape players which have been used over the years to ingest legacy libraries stock. Most incoming content nowadays arrives either as files, networked media streams or direct from satellite. Pressure on ingest departments can at times reach traffic-jam proportions, especially at news-oriented channels or in playout facility companies handling multiple broadcast channels.

Our first ingest-related product was CaptureBox, later upgraded to CaptureBox Neo. CaptureBox Neo was, and still is, a standalone 3 RU server allowing four SD or two HD source channels to be captured simultaneously. These can be monitored on a single screen and controlled via a streamlined user interface with enhanced multichannel control and operability. Audio levels can be monitored as loudness/true-peak displays and adjusted when required. Ingested content is available for playback seconds after ingest commences. Capture lists can be imported from third-party traffic systems.

Our recently introduced Capture Suite ingest engine is designed to break the front-end production bottleneck by elevating ingest to an entirely new level. Compatible with UHD at up to 100 frames per second, as well as with HD and SD standards, it is a multi-channel multi-server live ingest solution supporting a wide range of codecs and containers. Designed to make the entire ingest process faster and easier, it allows an ingest operator to control all available sources and servers from a single user interface, ensuring exceedingly high efficiency. As well as routine incoming traffic, that includes live news feeds and live studio feeds – giving producers the 'iso-cam' option of recording the output from multiple cameras simultaneously rather than having to switch or mix between them.

Easy to integrate into any broadcast media environment, Capture Suite employs a client-server architecture which can be scaled to accommodate a practically unlimited number of input channels. Figure 1 shows an example of the way in which multiple ingest engines can be configured with network-attached storage to handle incoming content files. The entire ingest process can be handled via a standard web browser either on-site or via a secure link from any location – an important feature in today's Covid-aware world.

All necessary operations needed to control multiple ingest channels, and multiple servers can be performed quickly. Functions such as input selection, ingest presets and file-naming conventions are just a single click away from the user. Input and output configuration as well as storage parameters are easily accessible. Video content and audio levels can be previewed easily using Capture Suite's built-in multiscreen display (Figure 2).

Like PlayBox Neo GUIs, the user interface has a low glare background which remains eye-friendly throughout a long working shift. Intelligent resource monitoring is integral to every Capture Suite server – ensuring that an ingest operator is alerted if disk storage capacity is running low, or if memory or CPU are running high.

Capture Suite also allows a single input source to be distributed on one or more outputs with identical or different frame rates and resolutions. This allows it to function as a standards converter or to interface between NDI and SDI and vice versa. An important feature to note is that incoming content can be accessed at any time before the complete file has been captured. It can be previewed via the built-in player. Metadata, trim points and markers can be added. Some containers such as MXF and TS allow the file to be edited in NLE while still being ingested. This has obvious advantages in a news or sports environment as it allows editing to be performed before a long-duration source reaches its end.

Running on the same server hardware, Capture Suite is an easy software upgrade for existing owners of CaptureBox Neo. For PlayBox Neo customers renewing their ASM&TS (Annual Software Maintenance and Technical Support) subscriptions, the upgrade comes free until the end of January 2021.

Capture Suite has been developed by the same design team as our best-selling AirBox Neo and Cloud2TV product ranges, building on their proven experience in creating industry-leading broadcast media playout solutions. We are confident that it will meet the needs of existing AirBox Neo operators as they expand to meet the ever-growing demand for TV services, and those of third-party system users looking to enhance their ingest resources.