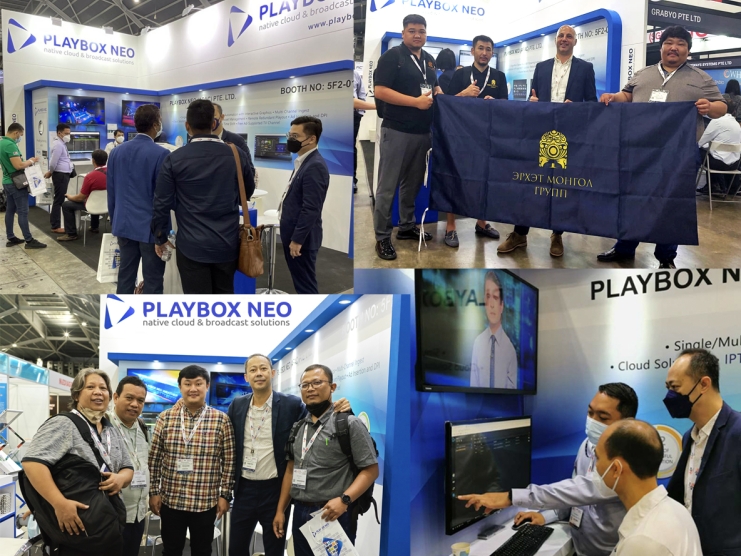 "Following on from our successful participation at the post-Covid NAB Show and CABSAT, we were confident Broadcast Asia would sustain its effectiveness in attracting existing and potential clients from the APAC region," says Pavlin Rahnev, PlayBox Neo CEO. "APAC continues to be one of the most dynamic markets in the advance to 4K-UHD which we support across our entire product range. Many of our discussions were with broadcasters and playout service providers looking to expand the capacity of their existing systems or upgrade from third-party products. Major strengths of PlayBox Neo systems are their high reliability, physical compactness, easy installation, efficient operation and limitless scalability. Modularity is another major advantage as all our products and services can be configured to match each customer's current level of business and then expanded as or when needed."

"Cloud2TV allows fast and versatile expansion as it can be installed onsite, offsite or across multiple sites. IP connectivity and automation are core elements of the entire system, enabling operators to work in their choice of location and timeframe. Most important of all, PlayBox Neo systems give operators the freedom to switch easily from automated playout to live transmission in the event of a late-breaking news story.

"The latest version of our Multi Playout Manager (MPM) proved another major attraction because we added the ability to view the output video on the GUI. MPM allows multiple AirBox Neo-20 channels to be operated via IP from any network-connected location. New features include an updated user interface and integrated playout preview. The revised UI matches those across the entire PlayBox Neo series. We have also added a future-playlist editor, support for custom metadata from AirBox Neo-20 plus a library module for fast access to MAM."