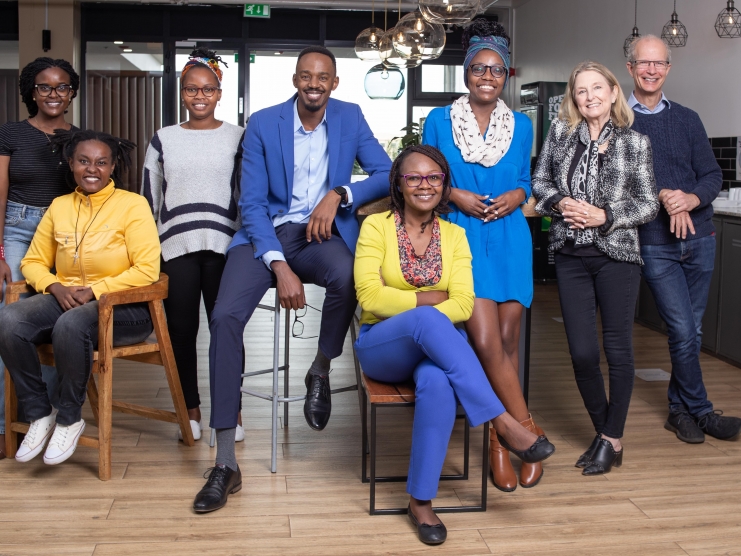 Akili Kids! launched in Kenya on March 31, 2020, just weeks into the Covid 19 worldwide lockdown, and quickly became the most watched children’s channel in the country. Last month at the annual Kuza Broadcasting Awards ceremony, Akili Kids! received the Mzalendo Mkuu Award (Great Patriot Award) for airing educational TV content during the pandemic. What the founders of the Network could never have known in March of 2020 was just how timely and important their programming would be when Kenyan schools were shut down in response to the COVID-19 pandemic.

With schools closed and national curfews in place, life for Kenyan parents and their school-aged children was a daily challenge. The programming from start-up Akili Kids!, with a staff of only 21, filled an important void at a time when it was needed most. With the penetration of Internet access not even close to the levels found in the U.S, remote Zoom classes were not a viable option, making one-way, free-to-air television the best and most effective way to reach kids at home. Founders Jeff Schon and Jesse Soleil created the Nairobi-based Akili Network as a 24/7, free-to-air children’s channel that showcases entertaining, educational content with a balanced mix of local and acquired content. They started operations in September 2019 and planned to begin broadcasting in March 2020. They were fortunate to be able to staff up quickly in Kenya with a diverse team of experienced managers and young talent. Schon; his wife Joelle, a documentary film editor; and Soleil are the only non-Kenyans at Akili Network’s Nairobi headquarters.

The Akili Network team had to quickly learn to build playlist logs, schedule promos, manage traffic and billing, and upload video content with the new PlayBox Neo Cloud2TV system. The ease of use of the platform helped the team get up to speed in a matter of days, broadcasting almost the moment they got the basic understanding of the system. With the look of the channel created in-house, Akili Kids! broadcasted a carefully curated schedule of edutainment programming for early childhood to pre-teen audiences. Regional producers contributed programming with local themes, including Akili and Me, Ubongo Kids, N*Gen, My Better World, and The Hummingbird Tales, while Akili Network also developed in-house local programs including Boom na Wabi and A Day As.... These shows were combined with internationally distributed programming like Bob the Builder, WordGirl and Wild Kratts.

“We picked programming that would both entertain and educate,” says CEO Jeff Schon, “shows with reading, math or science themes or that promoted critical thinking or social-emotional skills. We recently produced a series featuring our viewers in A Day As…, which allows kids to explore careers.”

Using the PlayBox Neo Cloud2TV virtual channel playout system, Akili Kids! has two PlayBox Neo servers located at a data center in Nairobi with secure Internet access, which feed over-the-air transmitters throughout the country. According to Akili Network’s CTO, Vincent Grosso: “We initiated virtual operations almost from launch. Cloud2TV allows employees to work from home while keeping a first-rate look on the air.”

PlayBox Neo Cloud2TV is a cloud-based software-as-a-service system that lets broadcasters operate their playout channels from any location via an easy-to-use web interface. Content is uploaded to the playout server from Nairobi and New York over the Internet.

“The biggest broadcast challenges Akili Kids! faced last year were related to marketing and promotions,” says Co-Founder Jesse Soleil. “We weren’t able to do any actual launch events, so had to rely on social media to build awareness, while being able to quickly update channel content to keep our rapidly growing audience surprised and delighted.” Akili uploaded targeted promos every day commemorating local holidays and events. Customized clips were also edited daily. And an original series called “Birthday Blast” was started, which mentions by name hundreds of kids each week celebrating their birthday.

Akili Network staff can easily upload programs and promo files for ingestion from their homes, while the technical team monitors the playlists (logs) and health of the broadcast servers remotely. The PlayBox Neo servers are always accessible through the portal to ensure QC and broadcast control to the transmitters. Playlists can be uploaded weeks in advance so in case of any Internet outages, the server stays on air.

One of the most important factors in the technical success of this virtual workflow, according to Grosso, is the ability of employees to make critical last-minute changes to programming and operations using the available Internet they have at home. “Cloud2TV allows me to select high-bandwidth files over low bandwidth connections,” says Anne Sato, Akili Network’s Programming Manager. “I can change the broadcast playlist remotely when there is a last-minute schedule change.”

The PlayBox Neo server plays out multiple video and audio formats into a single, seamless PAL 50 frame per second stream to the transmitters. This feature has significantly reduced transcoding costs by allowing the use of inexpensive software encoders.

Schon, Soleil and Grosso concede that launching a new TV network in a pandemic was stressful, but Akili Network significantly benefitted from the flexibility offered by the PlayBox Neo virtual operations system and will rely on it for the long term. Someone is on the system 24/7, says Grosso: “The sun never sets on Akili Network. When the team in Kenya is asleep, we’re working in the U.S. or somewhere else in the world.”

Schon adds, “Everyone worked so hard to make us the most trusted children’s and family brand in Kenya. To put it in context, more kids watch Akili Kids! in Kenya daily than any of the global children’s cable networks. We are humbled that the children of Kenya love Akili Kids! and they have made us the number one children’s channel in the country.”

Akili Network (www.akilinetwork.com) was created to bring learning and inspiration to the children of Kenya. Its strategy is to provide access to the most positive, relevant programming available, and to produce shows that Kenyan children see themselves in, promoting content that models positive academic outcomes, values social-emotional awareness, introduces and supports gender equality, and advances health, wellness, job awareness, community and the creative arts. Supplemental content will model positive behaviors and parental strategies to support children's engagement and enthusiasm, helping parents recognize and encourage their child's growing expertise and self-confidence.

Akili Network was founded by Jesse Soleil and Jeff Schon. Jesse Soleil spent many years at Scholastic, the largest children's publisher in the world, leading adaptive reading technology product development and their businesses as well as overseeing the $2B company's digital division.

Jeff Schon previously served as VP Educational Technology, Scholastic Inc.; President/CEO Grolier Interactive, Inc.; President/CEO Living Books, LP; and VP Production, Hearst Entertainment. He has produced and directed documentaries for channels such as PBS and the National Film Board of Canada. His productions have earned numerous awards, including 11 Emmys.