ProductionAirBox Neo-20 is designed to meet the high-reliability requirements of broadcast playout.

For live productions, any changes to the playlist during on-air sessions are possible! There are no locked clips. Every clip in the playlist can be trimmed or repositioned. Moreover, playout position can be changed on-the-fly with commands like next, jump or shuttle. Such changes are performed seamlessly without stopping the current playout session.

One server can be configured with up to four independent players. Each player has a separate playlist and playout control. All four SDI interfaces can be assigned as program or preview outputs. Single-channel or Multichannel user interfaces are available to streamline the operation. 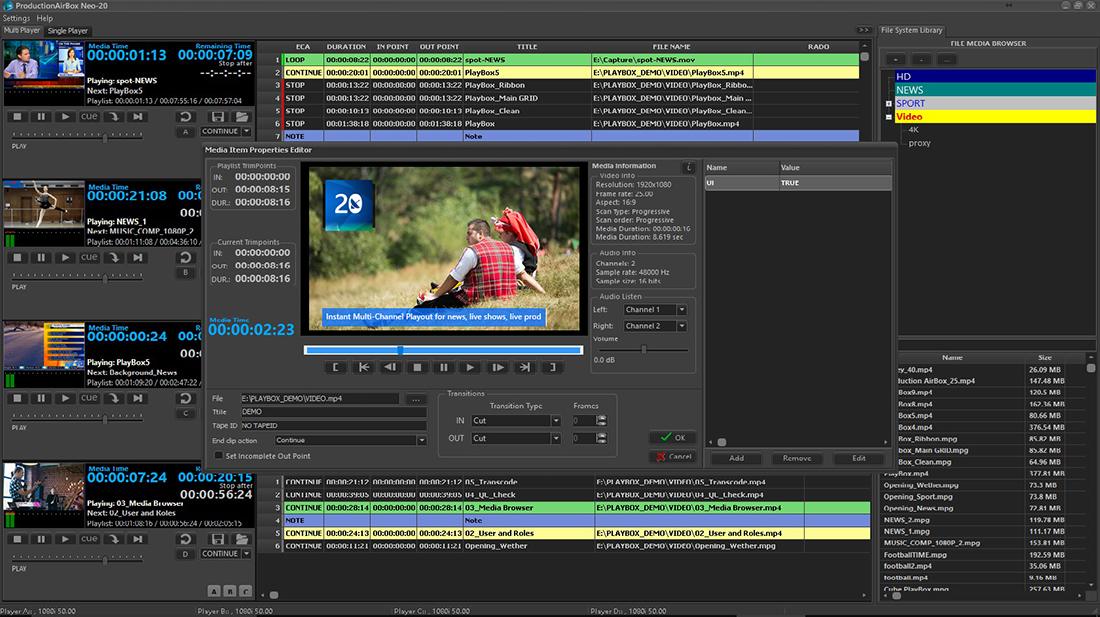 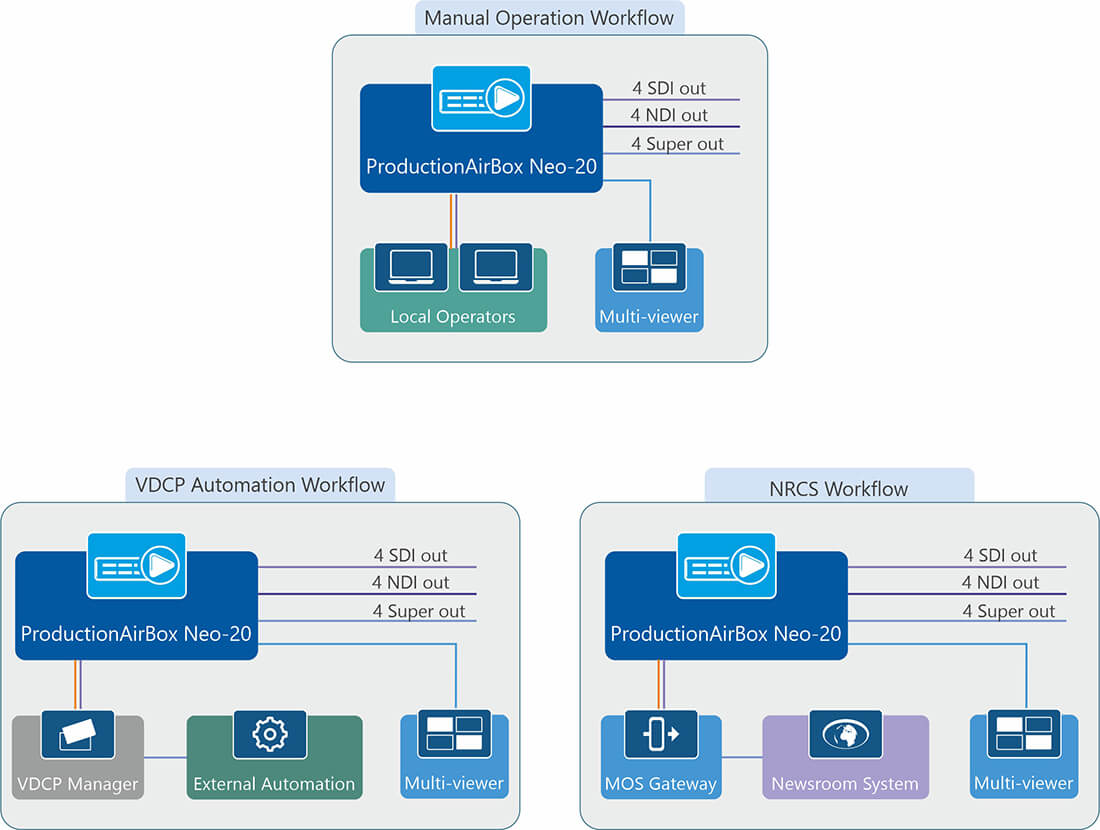