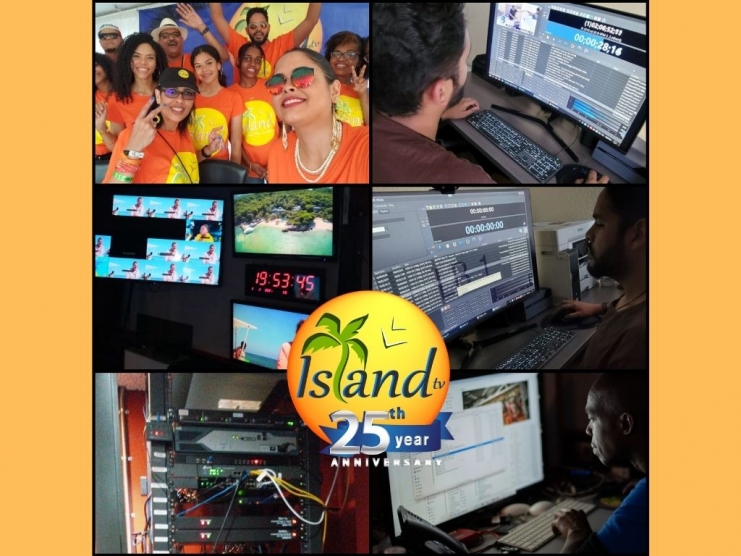 Reliability is critical for a network that broadcasts 24 hours a day, seven days a week in three different languages throughout Florida and 13 Caribbean islands. Playout server failure is not an option. When its playout system started to freeze several times a day, the team at Miami-based Island TV turned to PlayBox Neo to get them back up to speed and on-air.

Celebrating its 25th anniversary this year, Island TV is intent on creating the largest Caribbean media platform. The networks’ mix of live and recorded programming runs on regional broadcast stations in Florida and the Caribbean via cable and over-the-air. It’s also available worldwide via its website and digital apps. Programming ranges from current affairs to music videos, movies, talk shows and more.

“We couldn’t be happier with our switch to PlayBox Neo,” said Frantz Parisot, Island TV, Chief Engineer. “They trained us and got the whole team knowledgeable about the system. Their support has been truly above and beyond. But what I’m most impressed with is the software. It’s been so easy to use, integrates within our existing workflow, and its reliability means we’re free to focus on other things without worrying about playout. It’s so flexible, we can insert additional files or switch to a fully live broadcast on any channel at any time. We incorporated the two servers within our network, including our NAS (Network Attached Storage) and our FTP server. It’s a very powerful system.”

Updates within the new Neo-20 software include: the ability to mix different media formats, frame rates and resolutions in a single playlist; a Web-based multi-viewer; and low latency, high-quality streaming via the public internet. The PlayBox Neo set up at Island TV schedules programs, commercials and promos for a fully automated playout model.

“We were confident we could solve the playout issues they were having,” said Van Duke, Director of U.S. Operations, PlayBox Neo, “and I’m thrilled we were able to support them as they continue in their mission to create the premiere online Caribbean cultural hub.  We look forward to a long and mutually beneficial relationship with Island TV.”

PlayBox Neo solutions provide a seamless workflow to keep channels on-air by combining scheduling, ingest, playout, CG and interactive graphics within one box and remote tools to enhance QC checks, preparation and monitoring. The output can be SDI or IP streaming and is suitable for a variety of applications including traditional broadcast TV, Pay-TV, playout centers, satellite operators, etc.

TitleBox Neo-20 allows infinite layers of high-quality graphic overlay to be created and manipulated during on-air.  Its capabilities include text selection with transitions, the creation of horizontal crawling text, vertically rolling credits and messages, still and animated logo graphics, clocks and countdowns, coming-up-next banners and the display of data coming in real time from sources such as live RSS feeds and social media.

Island TV is a 24-hour Caribbean TV Network based in Florida, serving the Afro-Caribbean communities for the past 25 years. Island TV offers traditional and VOD distribution methods, and is available on cable, over-the-air, and digital platforms, everywhere. Island TV is available in the United States, in 13 Caribbean islands, on website streaming, and via its constantly expanding digital platform, currently including: Roku, Apple TV, Amazon Fire TV, Android TV, and Apple & Android Mobile Apps. Programs are produced in either English, Creole or French, making it a versatile and inclusive network. With diverse video content ranging from news/politics, to entertainment, gospel and more, Island TV gives its viewers a refreshing new perspective on the Caribbean culture. Island TV strives to be the leading Afro-Caribbean TV Network, is committed to promoting and celebrating Caribbean heritage.