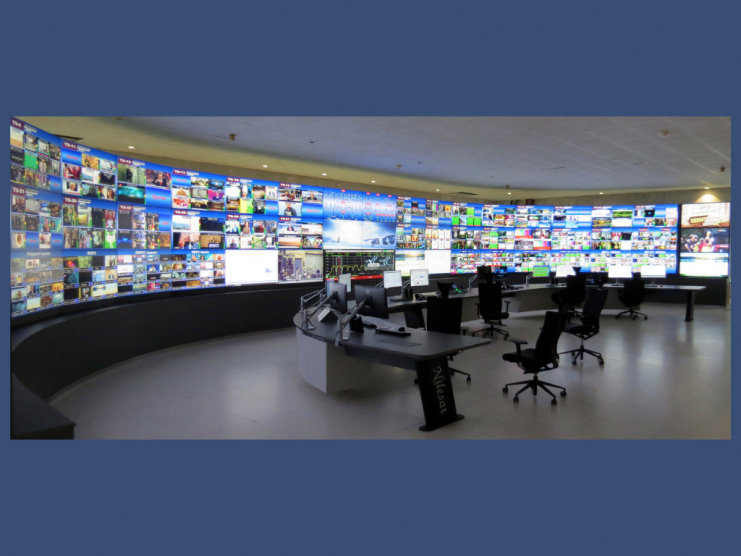 PlayBox Neo announces the completion of a large broadcast playout system for Nilesat at its headquarters in Cairo. One of the largest telecommunication networks in the Middle East, Nilesat provides a wide range of satellite-based facilities including transmission of over 700 television channels, 600 of which are free-to-air.

The new system was provided by PlayBox Neo channel partner Modern Broadcast Center (MBC) which is based on the west bank of the Nile directly across from downtown Cairo.

"We required a solution which would integrate easily with our existing infrastructure," says Nilesat Broadcast Manager Mohamed Samir. "The primary requirements were a robust operating platform, user-friendly control, easy expandability and good technical support. PlayBox Neo's Channel In a Box was the logical choice given its proven success at many leading broadcast networks and playout service-providers around the world."

"Installed in the apparatus room, the servers are currently being used for HD and SD channel playout and can be operated in UHD if required in the future. Playout is supervised from the facility's presentation control suite which is among the largest of its kind in the Middle East."

"We are very pleased to have been chosen as a technology partner for this high-profile project," comments PlayBox Neo CEO Pavlin Rahnev. "Nilesat is one of the world's largest satellite service providers and a very welcome addition to the PlayBox Neo user base. My thanks to the Nilesat and Modern Broadcast Center teams who have worked closely with us at every stage from initial design right through to system commissioning and post-completion training."

Designed for 24/7 unattended operation, AirBox Neo can also be operated manually – including the ability to handle live-to-air throughput. It is supported by a wide range of optional modules. Neo Channel in a Box and its SaaS-based equivalent, Cloud2TV, can deliver output in baseband SD, HD or UHD SDI, in DVB/ATSC-compliant IP streams and in web-based formats such as RTMP. Simulcasting of SDI and single or multiple IP streams is also possible.

Established in 1996, Nilesat (www.nilesat.com.eg) operates satellite earth stations at its headquarters in 6th of October City and Alexandria. These control multiple geosynchronous communications satellites, all of which are stationed at 7 degrees west. Nilesat offers a wide range of broadcast playout services including fully automated workflow from ingest to playout, advanced on-air graphics, quality control, full remote access to channel monitoring and control, multi-format support for ingest and playback plus the ability to contribute to  different platforms.