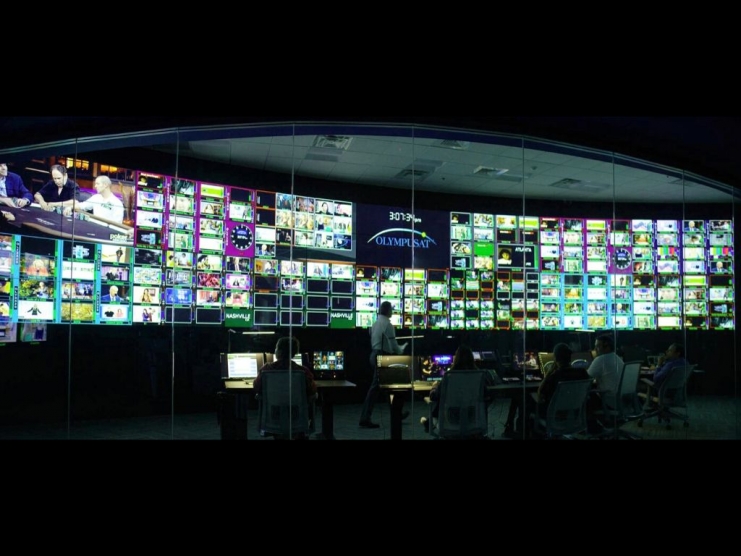 "We invested in PlayBox Neo Channel-in-a-Box two years ago with an installation at our engineering center in Culver City, California, and we are very pleased with it," said Olympusat Operations Manager Michael Kohl. "Van Duke and his colleagues at PlayBox Neo worked closely with us during the original install to integrate our existing ad sales management tools. Upgrading to Neo-19 software makes our workflow even more efficient. The PlayBox Neo team has added extra engineering features including support for SCTE commands and N+M redundancy."

Olympusat CEO Tom Mohler congratulated both the Olympusat and PlayBox Neo teams for the seamless upgrade process: “I want to thank both sides for their teamwork and professionalism as we continue to deliver high-quality content to our network audiences."

Olympusat’s Kohl said PlayBox Neo’s functionality offers increased flexibility and customization: “We control the entire system from our facility in Florida,  processing 30 full high-definition channels in the way we have found most effective rather than the way some solutions would have imposed on us. PlayBox Neo gives us the freedom to schedule programs, commercials and promos for fully automated playout. It also allows us to insert additional files or switch to fully live broadcasting on any selected channel at any time."

PlayBox Neo’s US Director of Operations Van Duke noted that flexibility is just one of the system’s key features: "PlayBox Neo servers can be configured from modules such as graphics, up-conversion, down-conversion and IP streaming to match practically any workflow. The Olympusat installation back in 2017 confirmed AirBox Neo's ability to scale up to any number of channels simply by integrating additional servers. Each server has the CPU power to support two full HD channels in a single chassis. Going beyond that, each server even supports four SD channels or a mixed combination of one HD plus two SD channels. The Neo-19 software also offers future-proofing in a world where UHD could eventually co-exist with or even replace HD and SD."

Based in West Palm Beach, FL, Olympusat, Inc. (www.olympusat.com) is one of the largest independent media corporations specializing in ownership, distribution, production and technical services. The company has established itself as a leader in the Hispanic television and media space through its 60+ HD Spanish and English-language television networks, among them the top-rated Spanish-language movie channel Cine Mexicano, the popular Ultra HD Plex, and a distinctive religious channels and Specialty Suite representing some of the biggest networks in the industry. Olympusat's content is comprised of original productions, dubbed content from Europe and Asia and licensed in-language content from the U.S., Spain and Latin America. Olympusat provides Spanish dubbing services in its Mexico City facilities for the USA and Latin-American Hispanic market. Recently Olympusat has launched VEMOX, the white label OTT TV Everywhere B2B solution, available for download in Apple Store (iOS), Google Play Store (Android), Apple TV, Roku, Xbox One, LG Smart TV, and Samsung Smart TVs.