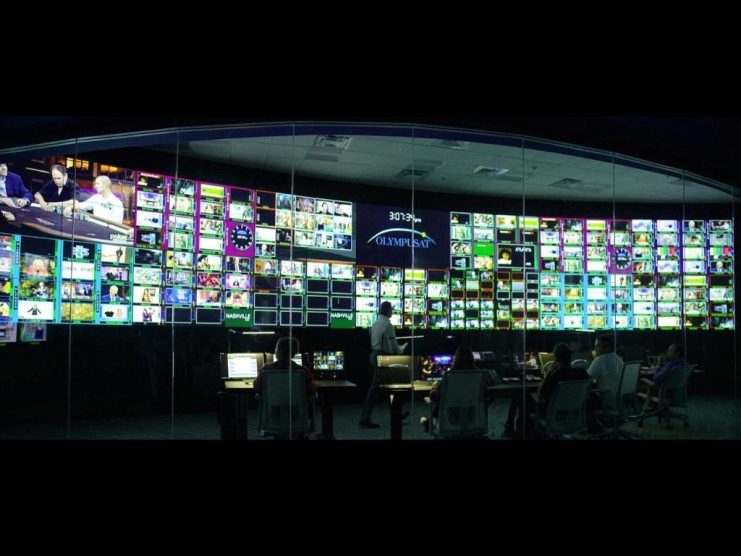 PlayBox Neo, a leading provider of media playout solutions, announced news of a unique application of its technology by Olympusat, a vertically integrated distributor and owner of Spanish and English language Pay-TV channels in the US. Its expanding programming rights and global distribution footprint provide an original, world-class content library from West Palm Beach, serving multiple time zones across the U.S. and Latin America. It has 26 servers with the latest generation Channel-in-a-Box handling playout of 30 full high-definition channels.

“We can now play one channel in real time while simultaneously delaying it for playout in up to eight different times zones – all from one user interface and a single server,” said Olympusat Operations Manager Michael Kohl. “We no longer need to send a separate feed into the time delay box. We just dial in the delays we want directly onto the playout server’s interface. The transport stream delay function is built in. It’s a very cost-effective and easy way to handle large-scale playout that supports many formats, across different time zones.”

“Olympusat’s innovative approach showcases the flexibility in our product design,” said PlayBox Neo U.S. Director of Operations, Van Duke. “They’ve combined two functions into one server for an easy-to-use, streamlined system for time-delayed playout. This reduces the amount of equipment in master control as well as the cost involved with purchasing additional servers.”

PlayBox Neo Channel-in-a-Box is a turnkey playout server solution for broadcasting a single or multiple TV channels in HD or UHD. It provides a seamless workflow to keep a channel on-air by combining scheduling, ingest, playout, CG and interactive graphics within one box and remote tools to enhance QC checks, preparation and monitoring. The output can be SDI or IP streaming and suitable for a variety of applications including traditional broadcast TV, pay-TV, playout centres, satellite operators, etc. By leveraging on the SaaS in the cloud or traditional platforms on-premises, PlayBox Neo Channel-in-a-Box offers media ingest with Capture Suite, playout automation with AirBox Neo-20, interactive CG and graphics with TitleBox Neo-20 and scheduling with ListBox Neo-20.

Olympusat is a vertically integrated distributor and owner of Spanish and English language Pay-TV channels in the US. Our expanding programming rights and global distribution footprint provide an original, world-class content library. In addition, the company’s extensive portfolio of networks of 30+ HD and SD Spanish and English language television networks, including a premium FAST channel suite. The FAST channels serve a unique viewing experience of never-before-seen programming in the U.S., in-language and dubbed, in both English and Spanish.

Recognizing the ever-changing landscape within media and entertainment, Olympusat has launched FreeTV, an AVOD streaming service providing unique programing from around the world. FreeTV is available on all streaming platforms across 17 regions in Latin America, and most recently in the United States. FreeTV is also available as a broadcast station serving the audience of Mexico City, Mexico as FreeTV 8.2.