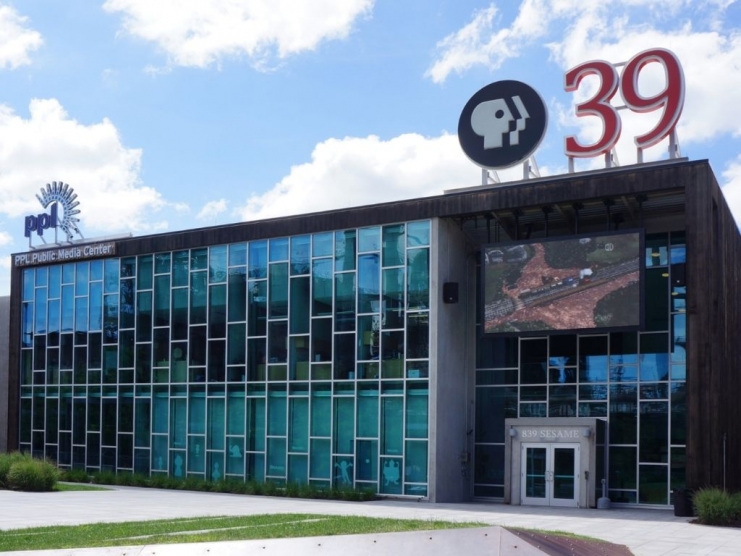 PBS39/WLVT-TV, part of Lehigh Valley Public Media based in Pennsylvania, has chosen a dual channel PlayBox Neo playout system for the third phase of the infrastructure expansion project which it commenced in Q4 2017. This latest phase includes the integration of an AirBox Neo platform with TitleBox Neo software which will be used for graphics and channel branding.

"PlayBox Neo has partnered closely with us so that we can operate five separate broadcast channels with the greatest possible efficiency," comments Andrea Cummis, Chief Technology Officer. "Phase 1 solved our requirement for a dependable and user-friendly core playout system which replaced legacy third-party servers. It centered on the installation and commissioning of a three-channel AirBox Neo for master control, a ProductionAirBox Neo for live news and live production, plus two channels of CaptureBox Neo as the basis of a major upgrade to our media manipulation and delivery system."

"Phase 2, completed in Q3 2019, added a second ProductionAirBox Neo and two extra channels of CaptureBox Neo. The ProductionAirBox Neo replaced our old clip player which had died. The new system was installed and working in a live show the same day, used for a range of tasks including inserting our evening news show into our main HD channel at 6:30 every night."

"Phase 3 continues our modernization program with an additional dual channel AirBox Neo server operating within a framework that gives our production staff fast access to the TitleBox Neo graphics creation and text manipulation toolset without having to move outside the main PlayBox Neo user interface. Our engineering staff continue to be impressed by the system's robust build, effective software integration and future-proof expandability.”

"We are very gratified to have been selected to partner with PBS39 as it continues its migration to latest-generation playout and channel-branding," adds Van Duke, PlayBox Neo’s US Director of Operations. "This multi-phase project demonstrates both the scalability of PlayBox Neo solutions and the ease with which our systems interface with existing hardware such as production switchers and routers. PlayBox Neo is also highly future-proof, supporting SD-SDI, HD-SDI, UHD-SDI and IP connectivity within a server-based Channel-in-a-Box structure, SaaS-based Cloud2TV or best-of-both-worlds hybrids combining practically limitless flexibility with practically overnight new-channel activation speeds.”

Based on a scalable multi format parallel output playout/streaming engine, AirBox Neo enables media files of various kinds to be combined into a single transmission playlist and supports simultaneous multiple SDI/IP streaming UHD/HD/SD outputs. Files can be trimmed, edited or repositioned at any time prior to being aired without losing the freedom to transmit live. Playlists can be scheduled weeks in advance for automated transmission. Gaps and time overlaps are automatically corrected to ensure continuous operation even when events with conflicting times are present. Special protection is provided to ensure uninterrupted operation where content files or even entire schedules are missing or misplaced.

TitleBox Neo allows infinite layers of very high quality graphic overlay to be created and manipulated during on-air.  Its capabilities include text selection with transitions, the creation of horizontal crawling text, vertically rolling credits and messages, still and animated logo graphics, clocks and countdowns, coming-up-next banners and the display of data coming in real time from sources such as live RSS feeds and social media. Among the additional creative facilities of TitleBox Neo are pre-constructed graphic components, video resizing (from live source or file), window-style display and website content ingest. Graphics can be controlled automatically or manually with fully interactivity.

Founded in 1967, PBS39 (www.PBS39.org), virtual and UHF digital channel 39 is a community-owned public media station serving eastern Pennsylvania and New Jersey. PBS39 is licensed in Allentown to the Lehigh Valley Public Telecommunications Corporation, and maintains studios located on the south side of Bethlehem. Its transmitter is located atop South Mountain in Allentown, PA.

WLVT-TV currently broadcasts five channels including the primary PBS channel (39.1), plus PBS affiliates Create TV (39.2) and WORLD Channel (35.2).  In addition, France 24 and MegaHertz Worldview are broadcast on 39.3 and 35, respectively.  PBS39’s primary service area includes much of eastern Pennsylvania and parts of western and southern New Jersey. Cable television carriers include Comcast, Service Electric, RCN, Blue Ridge Cable and others. WLVT-TV is also available over-the-air and throughout the region via DirecTV, Dish Network, and Verizon Fios.