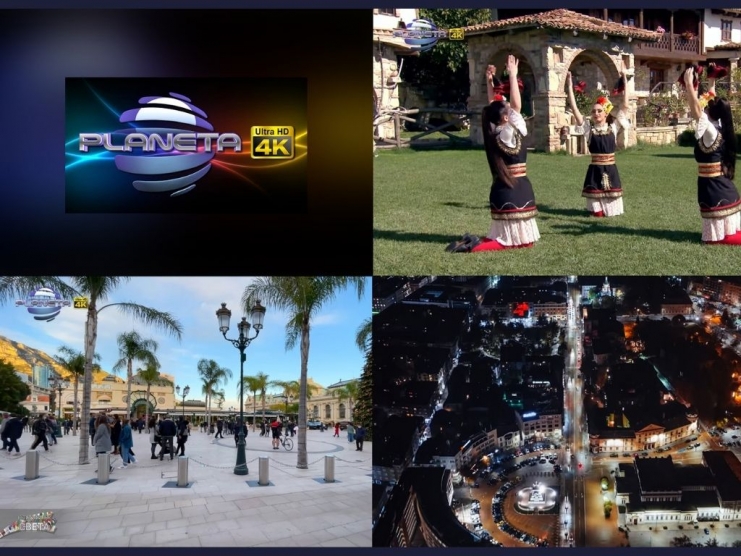 Planeta TV, one of PlayBox Neo's longest established customers, is upgrading to 4K UHD @50p at its studio headquarters in Sofia. Latest-generation Neo-20 channel-in-a-box production, scheduling and playout will be used across all three of the broadcaster's channels which transmit round the clock to viewers in Bulgaria and around the globe.

"With 4K displays now in widespread consumer ownership, we are confident that a high proportion of our viewing audience will appreciate the very high image quality which UHD has to offer," says Radostin Petrov, Planeta TV's Technical Director. "We have upgraded all our SD channels to HD and invested in an additional AirBox Neo-20 for our new UHD channel. PlayBox Neo playout systems have performed excellently over the years and are very popular with our staff.

"The AirBox Neo-20 GUI is very easy to work with, allowing scheduling, graphics preparation, video editing and text manipulation to be performed creatively and quickly. Channel branding and character generation are handled using TitleBox Neo-20. Its template-based structure also ensures adherence to a consistent branding theme. The AirBox Neo-20 channel-in-a-box approach has proved practical and efficient from the viewpoint of our MCR and CAR staff: easy to interface with third-party devices, compact and reliable.

"Ingested programs, commercials, interstitials and images are managed using DataBox Neo which provides easy access to an extremely large library of indexed records. We have also invested in PlayBox Neo's ListBox Neo-20 option which allows us to create and edit schedules days or weeks before transmission. That runs as independent software which gives us the freedom to perform advanced schedule management and clip editing on a notebook."

"Planeta TV has proved a very loyal customer over the years and is a showpiece example of efficiently managed server-based multichannel broadcasting," adds PlayBox Neo CEO Pavlin Rahnev. "UHD presents great opportunities for television broadcasters to deliver high-impact content to their viewers, not least in the area of musical entertainment where Planeta TV already enjoys a reputation for excellence."

Planeta TV (www.planeta.tv) was first launched in 2001 and quickly became Bulgaria’s preferred channel for folk music. Over the years the channels expend to three - Planeta TV, Planeta Folk and Planeta HD -  all broadcasting 24/7 and targeting a very wide audience around the world. Planeta TV productions include live and recorded concerts as well as music videos.