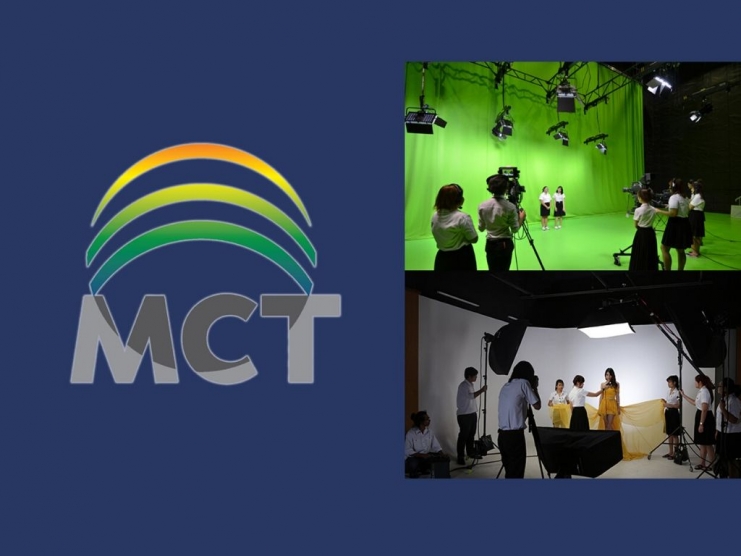 Rajamangala University of Technology (RMUT) in Thailand has chosen a Neo-19 series Channel-in-a-Box playout system as the heart of a new online TV channel. Operated by staff and students of the university's Mass Communication Technology faculty, the channel will form a basis for training in the techniques of broadcast television content production and distribution.

"RMUT chose PlayBox Neo for its operational versatility, its proven robustness and as the clear brand of choice among broadcasters in the Asia Pacific region and around the world," comments Sathiti Silayaeng, Sales Engineer at O'Connor's (Thailand) Company Limited which coordinated the project. "We were able to specify a solution exactly meeting the Mass Communication Technology faculty's requirements by selecting relevant modules such as TitleBox Neo from the Neo19 range of software. Installed at the university's Thanyaburi campus, these are running on a PlayBox Neo high-definition server with an integral IP streaming output. It is a highly compact solution which interfaced easily with the faculty's archive server. Installation, configuration and staff training were all completed on schedule and to the MCT's full satisfaction."

"This is an excellent example of educational television at its most efficient, adds Nut Deesamer, PlayBox Neo Branch Director, Thailand. "In addition to its broadcast training role, the channel will become a central hub for content relevant to the university's various academic courses. It will be accessible via the university's website or a mobile-device application, allowing students to access streaming and on-demand resources wherever they choose."

Centered on a scalable multi format parallel output playout/streaming engine, PlayBox Neo's Channel-in-a-Box allows media files of various kinds to be combined into a single transmission playlist and supports simultaneous multiple SDI/IP streaming UHD/HD/SD outputs. Files can be trimmed, edited or repositioned at any time prior to being aired without losing the freedom to transmit live. Playlists can be scheduled weeks in advance for automated transmission. Gaps and time overlaps are automatically corrected to ensure continuous operation even when events with conflicting times are present. Special protection is provided to ensure uninterrupted operation where content files or even entire schedules are missing or misplaced.

The graphics element, TitleBox Neo-19, allows infinite layers of very high-quality graphic overlay to be created and manipulated during on-air.  Its capabilities include text selection with transitions, the creation of horizontal crawling text, vertically rolling credits and messages, still and animated logo graphics, clocks and countdowns, coming-up-next banners and the display of data coming in real time from sources such as live RSS feeds and social media. Among the additional creative facilities of TitleBox Neo-19 are pre-constructed graphic components, video resizing (from live source or file), window-style display and website content ingest. Graphics can be controlled automatically or manually with full interactivity.

Established in 1989 as the Department of Photography and Printing Technology, the Rajamangala University of Technology's Faculty of Mass Communication Technology (www.mct.rmutt.ac.th) offers a wide range of courses in fields such as digital printing, graphic design, photography, cinematography, advertising and public relations, audio, animation and website production.