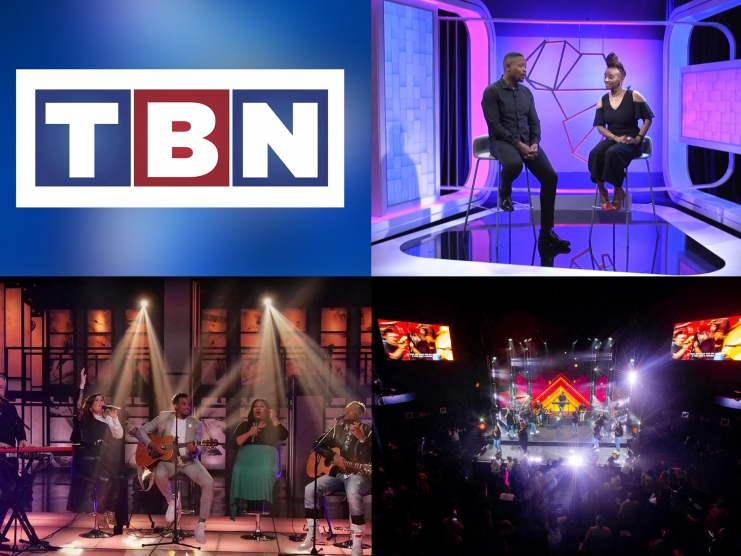 PlayBox Neo announces the completion of a system upgrade and expansion at the Johannesburg studios of TBN Africa. TBN Africa is part of Trinity Broadcast Network, the world's largest religious television network. Supplied and integrated in primary-plus-backup configuration by PlayBox Neo's Johannesburg-based distribution partner Pro Sales Broadcast, the original system went live in Q2 2018 for viewers in more than 54 countries across the continent.

TBN Africa produces a variety of programs which are integrated with selected content from the network's headquarters in California and around the world. Its playout system is based on AirBox servers which provide the freedom to preschedule in advance of transmission while retaining the ability to over-ride with live content whenever required. Upgrading to latest-generation AirBox Neo-20 makes the workflow even more efficient, including full support for HD and the potential to playout in UHD.

"The expanded PlayBox Neo system at TBN Africa includes a new fully redundant playout channel comprising two AirBox Neo-20 servers," comments Pro Sales Broadcast Managing Director Jonathan Sack. "A special requirement for this project was the need to configure the playout servers to convert SCTE 104 insertion cues to the SCTE 35 protocol. This was handled as a software process and integrated closely with the PlayBox Neo platform. Each server incorporates TitleBox Neo-20 graphics preparation software and a SafeBox Neo transfer engine. New content arriving in any of the source watch-folders is automatically copied by SafeBox Neo for secure pre-transmission. Content, playlist, CG templates, subtitle list and metadata files are held in relevant folders for final manipulation and then actual delivery. An automatic failover switch constantly monitors the primary server output and selects the secondary server if a significant fault is detected. Both servers are connected to a ListBox Neo-20 preparation workstation which provides all the facilities needed for schedule creation and playlist editing. The result is low stress or in fact no stress."

"Customer continuity is always a healthy sign that we have the right solutions to support our user base," adds PlayBox Neo CEO Pavlin Rahnev. "TBN has proved a highly professional partner over the years and we are pleased to be assisting both its established and expanding operations."

With over 30 networks and growing worldwide, Trinity Broadcasting Network (www.tbn.org) airs a broad range of Christian ministry programming, music, family-friendly movies, children's programming, and shows for teens and young adults, 24 hours a day, to every inhabited continent. In addition, TBN's most popular global networks are available on computers, smart phones and other mobile devices.

Based in Johannesburg, Pro Sales Broadcast (https://prosales.co.za) represents a wide range of industry-leading brands, including UHD and HD cameras, lighting equipment, storage servers, audio equipment, video monitors or maybe just a battery and card. It supports a broad customer base throughout South Africa as well as neighboring African countries sub-Sahara and surrounding islands. Pro Sales Broadcast is also a leading systems integrator which will assist customers from the ground up with any flyaway kit, OB van or studio build. Equipment is offered both for sale and rental.