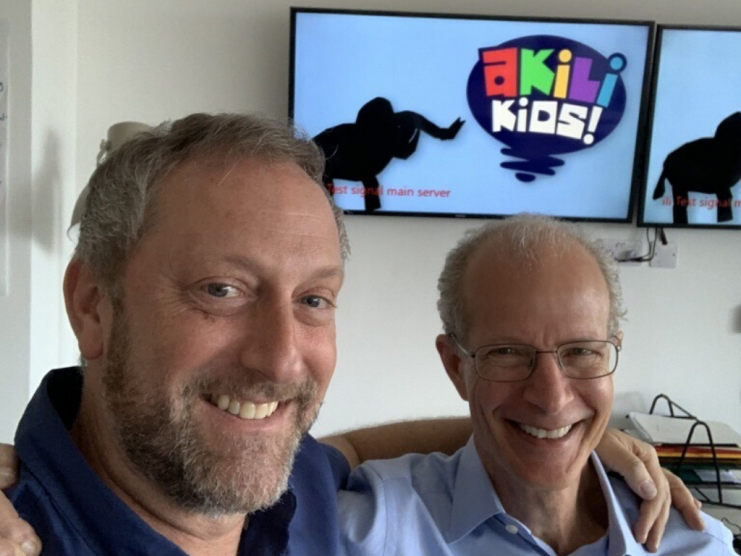 With PlayBox Neo, the Sun Never Sets on Akili Kids!

Starting a television network is not for the faint of heart, even during economic boom times. But launching one during a global pandemic as a start-up in a country with frequent power outages takes ‘guts’ to another level.

Yet, that’s exactly what Founders Jeff Schon and Jesse Soleil did with the New York City and Nairobi-based Akili Network. Kenya’s first and only 24/7, free-to-air educational kids network launched on March 31. Akili Kids! broadcasts a mix of programming for the country's school-age and pre-school children.

CEO Schon and Soleil (President) moved from the U.S. to live full time in Nairobi. The company’s CTO, Vincent Grosso, steers the technology direction for the start-up from upstate New York and Manhattan.

Akili Kids was conceived as a global operation from the start, with the team sharing programming and technical tasks. With input from multiple countries with multiple video file formats from multiple time zones, the executive staff at Akili knew their playout system had to be flexible, reliable, and easy to use with headroom for creativity. And because of the IP infrastructure in Kenya, the system had to withstand power outages and remain autonomous online if communication to the server broke down.

With those parameters in mind, Akili selected the Cloud2TV virtual channel playout system from PlayBox Neo. Cloud2TV is a cloud-based software-as-a-service system that enables broadcasters to operate their playout channels from any location on the globe via an easy-to-use web interface.

One determining factor in the decision was the SaaS model and virtualization of server functions. With core engineering support for the server in Bulgaria (PlayBox Neo headquarters), Akili doesn’t need an engineering staff on site in Nairobi. The platform at a local data center in Kenya has full system redundancy and master control capability which can be remotely managed from desktops in any Akili office.

“Cloud2TV was designed, as our operations were, as a virtual remote operation from its inception,” said Grosso. “The data center in Nairobi where our Cloud2TV server is located, has power and Internet outages, and it can be 58 hops from our New York City office. The command and control functions of the PlayBox Neo platform use little bandwidth and set the server to work autonomously for days or weeks at a time if necessary.

“If this server and its software can work in Kenya, with the outages and unreliable Internet, it’ll surely work in any location in the U.S.”

Van Duke, Director of U.S. Operations, for PlayBox Neo was closely involved with the implementation. Grosso credits Duke’s integrity and communication skills for the successful product configuration and installation: “When you have a highly functional product from the minds of extremely bright engineers, you need a way to relay the customers’ needs back to the engineers so they can unlock the necessary functionality. Van put the Akili team together with the PlayBox Neo engineers to find the easiest way to use the software to do necessary station tasks quickly.”

The Akili Network team uses Slack, Zoom and Skype to communicate globally and instantly as a virtual team. The Akili Network’s tasks are well defined. Weeks before a scheduled broadcast, Soleil logs onto the New York content server to transcode files from content providers. Days before the content is to go on air, the scheduling manager in Nairobi, Anne Sato, completes playlists for the following week. At 10pm Eastern time, the night before each broadcast day, Grosso logs on to the PlayBox server to check tomorrow’s playlist one last time before air. “The sun never sets on Akili. When the team in Kenya is asleep, we’re working in the U.S. and vice versa,” reports Grosso. “I can see this as a model for virtual broadcast teams in different time zones in the U.S.”

Schon and Soleil have extensive media, education and technology credits, including Vice President of Educational Technology at Scholastic and EVP, Global Director of Digital for Porter Novelli respectively. With such brand-name background in the U.S., they’re able to attract high-end content for Akili Kids!

“As for Akili Network content, our goal is to have 40 percent of its programming developed by Kenyan producers within the next 36 months,” says Schon. And with 18 million Kenyan kids out of school, the time is right to get them the best possible educational programming.

Akili Network (www.akilinetwork.com) was created to bring learning and inspiration to the children of Kenya. Its strategy is to provide access to the most positive, relevant programming available, and to produce shows that Kenyan children see themselves in, promoting content that models positive academic outcomes, values social-emotional awareness, introduces and supports gender equality, and advances health, wellness, job awareness, community and the creative arts. Supplemental content will model positive behaviors and parental strategies to support children's engagement and enthusiasm, helping parents recognize and encourage their child's growing expertise and self-confidence.

Akili Network was founded by Jesse Soleil and Jeff Schon. Jesse Soleil spent many years at Scholastic, the largest children's publisher in the world, leading adaptive reading technology product development and their businesses as well as overseeing the $2B company's digital division. Jeff Schon previously served as VP Educational Technology, Scholastic Inc.; President/CEO Grolier Interactive, Inc.; President/CEO Living Books, LP; and VP Production, Hearst Entertainment. He has produced and directed documentaries for channels such as PBS and the National Film Board of Canada. His productions have earned numerous awards, including 11 Emmys.