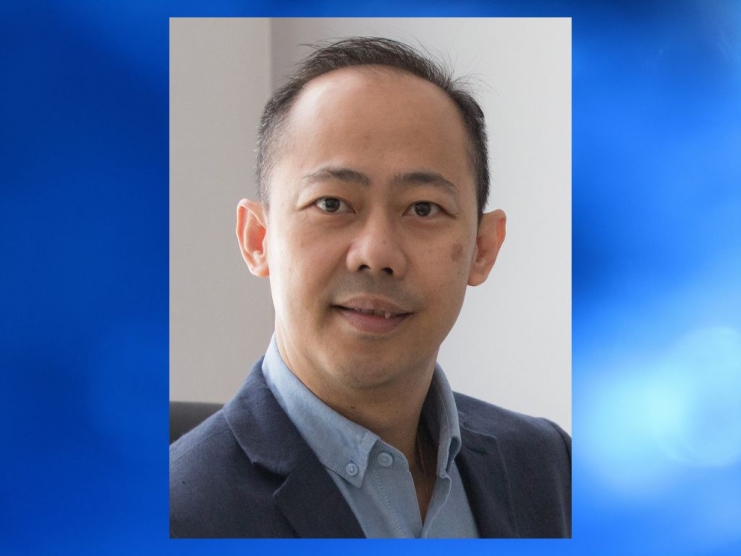 A defining feature of the Q2 2022 NAB, CABSAT and Broadcast Asia exhibitions was the broadcasters' evident need to achieve the greatest possible freedom in how and where they operate. Three years of Covid lockdown proved the importance of flexibility at every point in the workflow from initial content capture right through to transmission. IP connectivity continues to gain traction, not least with the increasing popularity of using mobile phones as video cameras for rapid-response mobile-journalism.

A primary requirement in running a television network is the need for operational efficiency.  A channel branding and playout system must be easy to master without needing long hours of intensive training. Our browser-based user interface allows every element of the playout process to be pre-scheduled to run fully automatically all day, all night or longer. Need to change the program running order, add a new promo or commercial? No problem; these can be handled quickly and easily while always retaining the option of switching to a live feed for late-breaking news.

Coming a strong second to efficiency in the must-carry league is economic flexibility. New-startup broadcasters understandably like to minimise capital investment until they have established a dependable cashflow. Some TV stations simply borrow funds to buy their own channel-in-a-box hardware, particularly if they have prior experience of running terrestrial, satellite, online or multimedia television stations. Others are more attracted to renting or outsourcing playout services so they can focus their capital outlay on production studio facilities.

PlayBox Neo pioneered the development of high-efficiency server-based and cloud-based playout to support every scale and style of one-to-many communication. Building on 22 years of successful innovation, we have delivered over 19,000 channels around the world. Cloud2TV, first announced in February 2019, is based on our industry-proven AirBox Neo combination of tried-and-tested hardware plus mix-and-matchable software. Cloud2TV is fully compatible with existing PlayBox Neo solutions and can be used to extend their capabilities and functionality.

The main components of Cloud2TV are its applications. These include content ingest, video editing, audio editing, logo preparation, content browsing, metadata handling, clip trimming, quality control and verification, transcoding, playlist management and audit logging. Each application functions individually but in close coordination with the others to provide a full set of broadcast services supporting the workflow of an entire TV channel.

Cloud2TV also forms a robust platform for secure media asset management and archiving, accessible by accredited staff wherever they choose to work.

Off-prem means exactly what it says: an entire Cloud2TV system can be located anywhere on the globe rather than having to be housed in a temperature-controlled area alongside other technical equipment at a channel's headquarters. The Cloud2TV workflow is logical and uncomplicated: programs, promos and commercials are typically ingested, branded, edited and quality-checked. Once approved for transmission, content is sent as industry standard files via an IP link to wherever Cloud2TV is installed. Typically another city, another country or another continent.

From an operator's perspective, each element of the Cloud2TV workflow is controlled directly from a desktop PC within the HQ building or, if authorized, from home.

Off-prem Cloud2TV deployments are normally based on the platform-as-a-service model, running on a private cloud with CDN connectivity to achieve global reach. Cloud2TV users have the alternative option of a software-as-a-service deployment based on public clouds such as Amazon Web Services, Microsoft Azure or Google Cloud Platform. The software in this case would typically be installed on a server hosted by a specialist playout service provider.

On-premises playout used to be demanding in terms of space but became much less so with the development of compact server-based systems such our state-of-the-art AirBox Neo-20. Cloud2TV offers a highly efficient and effective way to expand existing channel branding and playout infrastructure in a hybrid mode without extending the physical footprint of a television station's apparatus area.

Operationally, the Cloud2TV user interface closely resembles that used across the AirBox Neo-20 suite of software modules, examples of which can be seen in Figure 2.  The similarity in design is intentional as it minimizes the need for additional staff training.

Cloud2TV provides practically limitless scalability and is ideal for broadcasters seeking to expand from their roots as a single regional or national channel into a multi-regional or multi-national SD/HD/UHD network. It can be deployed as a standalone turnkey system or to augment an existing server-based installation. Cloud2TV also allows new red-button channels to be accommodated at relatively short notice in support of events such as the summer or winter Olympics.

Broadcasting knows no boundaries, particularly in today's globally connected world where television viewers are free to select content from terrestrial, satellite or online sources. Many television channels provide an international service, distributing content between multiple production sites. Cloud2TV has proved highly effective in uniting the creative resources of multi-national television networks operating in areas as diverse as Africa, America, Asia and Europe. A classic example is Akili Networks which is based in Nairobi, Kenya and the USA. Akili chose Cloud2TV as the content management, channel branding and playout core of the first and only free-to-air Kenyan children's television channel.

Jesse Soleil, Akili Networks' president: "The actual launch took place in the midst of the coronavirus pandemic. The PlayBox Neo Cloud2TV model for virtualized global master control and operations enabled us to launch and operate efficiently in this difficult environment. We certainly did not anticipate the pandemic but the fact that we could bring Akili Kids! TV on air in the middle of it proved beyond all question the robustness of browser-based remote systems management. Program uploads and master control monitoring were all performed virtually from either our New York or Nairobi offices, and Cloud2TV helped us manage our channel even when our core staff was working safely from home."

Whether on-prem, off-prem or poly-prem, a crucial element of any broadcast operation is the need to handle content ingest efficiently. Our recently introduced Capture Suite is designed to speed up the ingest workflow of television networks, post-production facilities and playout service-providers. Operators gain the ability to control multiple ingest channels across multiple servers or virtual machines. Functions such as input selection, ingest presets, file-naming conventions, assignments and auto-transfer can be performed quickly and easily from a single web user interface.

Capture Suite features include a browser-based multiviewer with black-frame and freeze-frame alarms plus loudness audio level monitoring as well as manual, scheduled and compliance ingest modes with automated input switching. Figure 3 shows an example of the Capture Suite user interface, again designed to allow operators to transition easily between the various elements of a PlayBox Neo system.

Figure 4 illustrates the structure of a typical Capture Suite system. Content can be now edited in Adobe Premiere and Grass Valley Edius Workgroup 9+ while still ingesting. MXF and TS files being ingested are available for immediate playout via AirBox Neo-20 automation without having to wait for the ingest process to complete. Capture Suite can be used standalone of as part of local or cloud-connected system.

It is easy to classify broadcast networks by parameters such as geographical reach, target audience, subject themes, number of channels and their preferred transmission routes. Television broadcasting is one of the fastest evolving facets of the mass-media market, not just competing against but embracing the online sector. Cloud2TV is designed to support every style and size of operation from the moment of initial system commissioning and onward throughout a network's lifetime.

Most broadcasters include some level of protective redundancy into their production, archiving and playout systems in case of damage from whatever cause. Flooding is a particular concern. Wide-area power failure is another. Cloud2TV is an ideal basis for emergency recovery protection, either at a nearby site or potentially anywhere.

Cloud2TV, like the AirBox Neo product family from which it stems, includes full support for latest generation 2160-line resolution 4K-UHD as well as 1080-line HD and 525/625-line SD. Among recently added features are a new transcoder to support multiple containers and formats. Also new are refinements to the graphic editing and media asset reworking tools, an enhanced playlist editor, plus EPG and MS Excel playlist export capability. Software updates and 24/7 global support are standard within the Cloud2TV pricing model.

PlayBox Neo has sustained its position as the global leader in developing and supplying server-based playout and channel branding systems, many of which are remotely controlled via IP. Cloud2TV is designed to supplement our highly popular AirBox Neo server system, sharing many of the same software modules to ensure an easy operational transition between their respective user interfaces. Demand for AirBox Neo-20 remains very strong across all our traditional market sectors, powering established television channels as they upgrade from SD as well as new channels starting from day one in HD. Recent installation projects have included an HD parliamentary television playout system for the National Assembly of Thailand, a new AirBox Neo-20 Channel-in-a-Box playout system for playout service-provider PSI Broadcasting (their 19th) and an HD playout system with integrated media asset management for Thai TV5. The latter includes Capture Suite to allow high efficiency ingest.