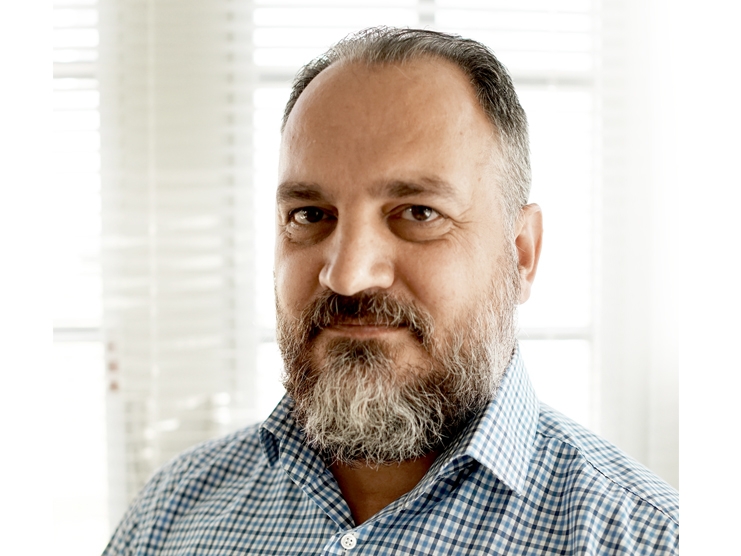 Pavlin Rahnev, CEO of PlayBox Neo, looks back over the transition from the early years of content management to the latest generation server-based and cloud-based solutions, and the effects of that transition on playout economics.

Television in its early years depended on three main sources: live camera feeds, cine film and video tape. Relatively low-cost video cassette formats encouraged an increasing reliance on manual delivery of video content between production, post and playout departments, hence the term 'sneakernet'. Magnetic disk servers backed by data tape robotics eventually became commonplace for network-linked archiving and asset management. This made the entire production workflow much easier, not least by allowing two or more operators to access the same content rather than having to share or copy a single asset. The whole process was also safer as content could not get lost unless intentionally deleted.

Launched in 1981, the IBM PC microcomputer platform soon became powerful enough to support image editing, audio editing and decision-list-based video editing. When we commenced operations two decades ago, microcomputers in general and the PC platform in particular had achieved enough speed and reliability that they could deliver all the features needed for broadcast channel branding and playout without requiring plug-in boards to deliver extra muscle.

We built on that maturity, designing and delivering playout systems which sold in their tens, their hundreds and later their thousands. Key to this success was the recognition that 'enterprise platforms' ranged in customers' minds from high-end no-compromise desktops to low-end laptops in which performance was sacrificed in favour of energy efficiency. The solution was obvious: we took care to integrate our products into a proven platform so that we and our customers really could speak the same technical language. This concept was soon refined to the point where we also produced the PC itself to ensure that it conformed fully to the specification needed to allow efficient and flexible graphics manipulation, ingest and playout: the original 'Channel-in-a-Box'.

The PlayBox Neo Channel-in-a-Box system today comes complete with a dedicated server in a choice of 3U and 1U sizes. The server can be used completely standalone or in combination with others to support any desired number of channels. Each installation can be configured from a range of Neo-series software modules and optional accessories. Content scheduling, promos, commercials, graphics preparation and subtitling can all be handled under fully automated control while retaining the freedom to insert live content after any currently airing file or, for a big-breaking story, to switch instantly to live pass-through. UHD, HD and SD are all fully supported, enabling channel managers to migrate from one standard to another or add parallel channels to support more than one standard. The system can be preprogrammed to function round-the-clock in fully-automated mode. Operators retain the freedom to make schedule alterations or insert live content between prescheduled content.

The increasing demand for cost-efficiency over the years has made server-based playout far more accountant-friendly than either manual or robotic tape playout systems. Manually loaded and operated VTRs were expensive to maintain and prone to mechanical defects such as playback head contamination and tape dropout. Cassettes reduced the problem of dust ingress but introduced the risk of tape tangling during loading and unloading. This is the reason why so many broadcasters retain at least a small team of experienced technicians to safeguard against sudden unexpected machine failure. That is a cost overhead which began to diminish when server-based systems came in. The mean-time-between-failure of modern data servers is impressively long but few management teams have the confidence to operate with no in-house technicians unless they have chosen to outsource their playout to a specialist service provider.

Cloud2TV, our most recent introduction, enables content owners to get round the capital-expenditure hurdle they face when starting new channels or expanding their existing playout activity. Available on a competitive subscription basis, it is a coordinated solution meeting every conceivable playout challenge from a single-event channel right up to a round-the-clock global network. Scalability and ease of operation are built-in right from the start. Cloud2TV comprises a range of software modules which can be mixed and matched to handle any desired permutation of channels, languages and time-zones. Fast and easy to deploy, it gives network operators the freedom to scale their activities with unprecedented precision while side-stepping the cost of holding reserve equipment on standby. Cloud2TV is also the perfect platform on which to deploy a disaster-recovery facility without the rental and staffing costs entailed in equipping and operating an off-site studio.

The future of TV channel branding and playout shows greater signs of stability than casual observers might imagine. Internet-based transmission to the home and to mobile viewing devices will become increasingly common given the ongoing global investment in distribution nodes and high-capacity optical deliver networks. However, traditional terrestrial and direct-to-home satellite broadcasting will continue into the future for the simple reasons of robustness and easy access. PlayBox Neo Channel-in-a-Box is delivery-channel-agnostic, as indeed is Cloud2TV which can output to any network or distribution channel the customer chooses to address. Whether hard disk drives remain the preferred storage medium for playout servers is more open to discussion. Solid-state servers are an obvious option though one that has yet to prove itself in terms of cost efficiency and workflow flexibility. I hardly dare to mention DNA!