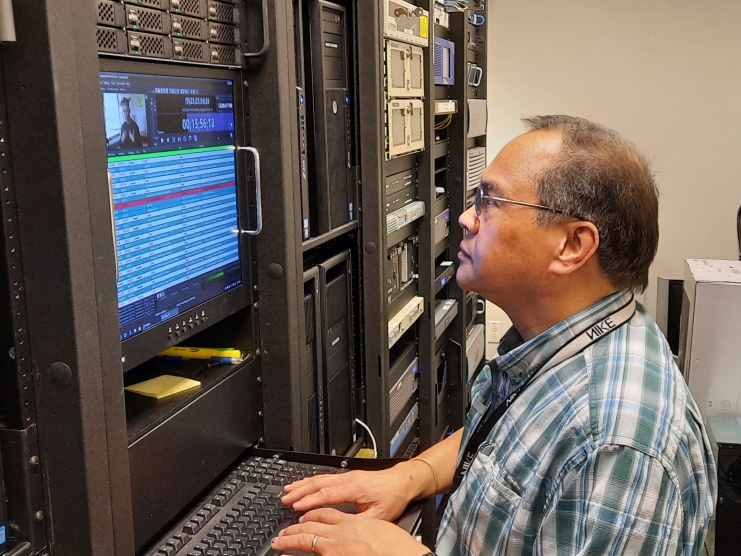 When long-time PlayBox Neo customer the Seattle Channel first purchased two AirBox Neo servers in 2007, the servers were to be used for 24/7, multi-format playout with one as the main unit and the other providing redundancy. Since then, the government access channel operating out of Seattle City Hall has taken full advantage of several of the system’s lesser-known features. The PlayBox Neo set up at Seattle Channel schedules programs and promos for a fully automated playout model.

“One of the first things we noticed early on was the system’s ability to autofill the time gaps between programming using the ListBox Neo-20 offline schedule editor,” said Daryl Peck, Video Engineer, Seattle Channel. “We used to have one full-time staff member filling in the gaps between pre-recorded programming. We were thrilled when we realized our new system could do that for us. The PlayBox Neo system is so automated and reliable. It just runs. We look like a broadcast station, without the need for a full-time operator.”

All Seattle City Council meetings feature closed captioning courtesy of PlayBox Neo’s Capture Suite live ingest solution. The captions are included within the MPEG file so there’s no need for a separate caption file when the meeting is replayed. Sidecar files are also accepted into the PlayBox Neo system. The caption files are recognized by PlayBox Neo’s SafeBox Neo automated content management software and played back during the next broadcast.

“We have a lot of live and a lot of evergreen programming,” explained Peck. “As we’re creating the programming, SafeBox Neo finds what we want in our EVO NAS device and adds it to the playlist. It makes sure the right programming is copied over to the server. It’s a big help with our existing programming.

“We’re a very busy municipal station with a ton of live and pre-recorded programming. It’s a great relief that a critical part of our technical operations is something we never have to worry about. Overall, we’re thrilled with the reliability of our system. Typically, both AirBox Neo-20 servers run for 30 days or more without being rebooted. They just grab the next playlist and keep on going.”

Emergency messages are created within the TitleBox Neo-20 graphics generator.

“We’re proud of our long partnership with such dynamic, government-run channel,” said Van Duke, Director of U.S. Operations, PlayBox Neo. “It’s gratifying to see how extensively they’re deploying our system. We look forward to even more successful years with the Seattle Channel.”

TitleBox Neo-20 allows infinite layers of high-quality graphic overlay to be created and manipulated during on-air. Its capabilities include text selection with transitions, the creation of horizontal crawling text, vertically rolling credits and messages, still and animated logo graphics, clocks and countdowns, coming-up-next banners and the display of data coming in real-time from sources such as live RSS feeds and social media.